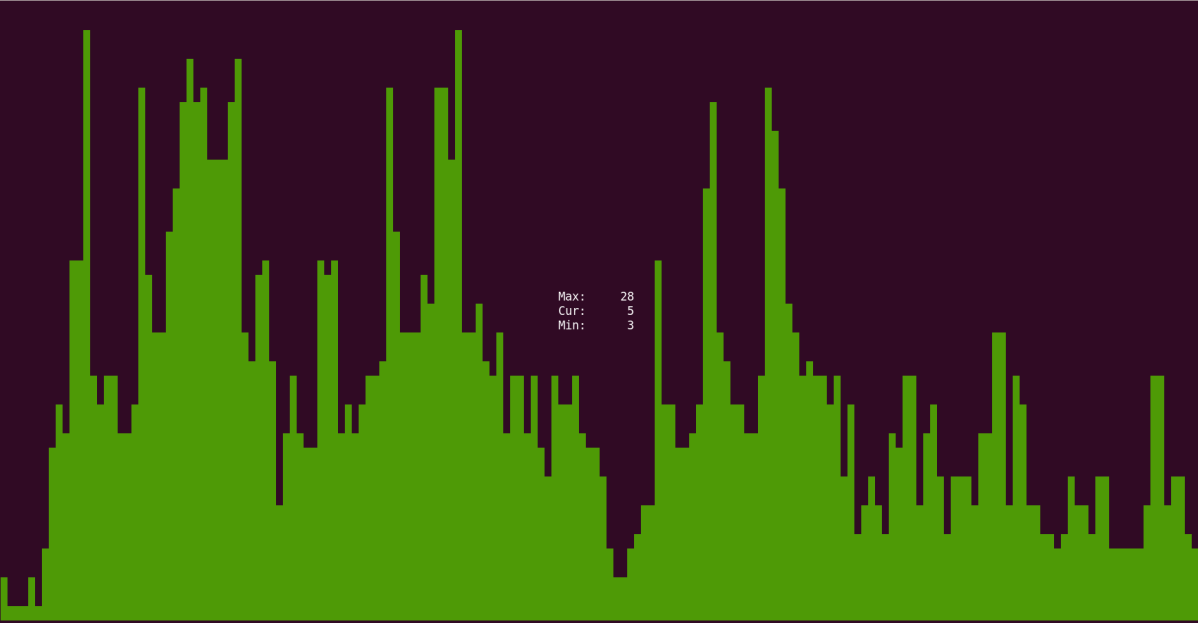 Recently I realized that one of the disks in my server had died. After the replacement, the RAID sync started – and I quickly had to learn that this was going to take days (!). But I also learned that the time it might take massively jumped up and down.

Thus I thought it would be fun to monitor the progress of this. First, I just crated a command to watch the minutes (calculated into days) every few seconds with watch:

But since it was jumping so much I was wondering if I could live-plot the data in the terminal (remote server, after all). There are many ways to do that, even gnuplot seems to have an options for that, but I wanted something more simple. Enter: pipeplot

First I tried to use watch together with pipeplot, but it was easier to just write a short for loop around it:

And the result is rather nice (also shown in the header image):